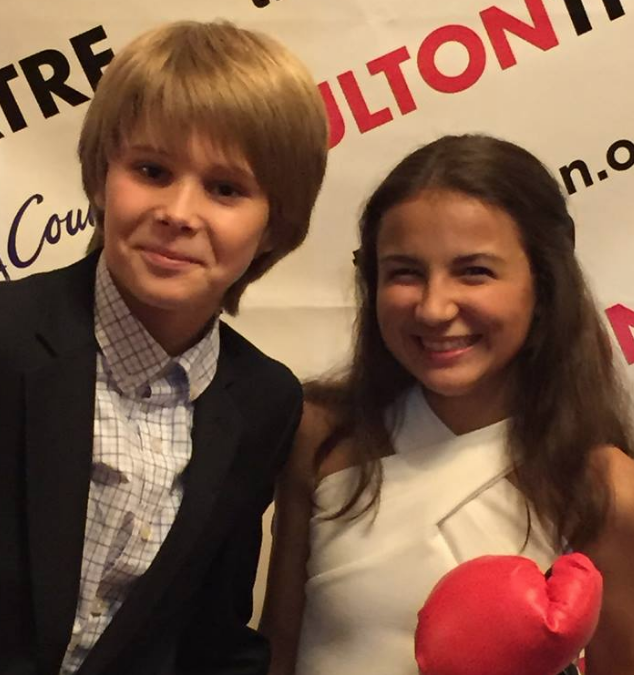 “Billy Elliot: The Musical,” which opened Thursday at the Fulton, is a show about finding dreams and losing what you depend on in your life – about giving and taking away.

In the mid-1980s, a young boy in a working class northern England mining town discovers he loves to dance just as his father and brother and their fellow coal miners, fight a bitter strike. They will lose and their way of life will be destroyed.

It’s a deep and terrific show with strong music by Elton John and a powerful book by Lee Hall, based on his screenplay for the 2000 film from which the musical is based.

Terrific and challenging to produce. Not only do you have to find a young actor/dancer who can play Billy, but you’ve got to stage it effectively and not give short shrift to the entire story.

The Fulton has accomplished both quite effectively under the fine direction of Adam Pelty.

I saw Mann and he was a charmer; a strong dancer and a fine actor. His Billy is a sweet boy who is a bit lost. His mother is dead and his father, Jackie (Timothy Gulan), has no idea how to raise him or give him the acceptance and love he needs.

Jackie and son Tony (Alex Drost) are deeply involved in the strike, which is rocking the town.

Gulan had a quiet power as Jackie. He fits the role like a glove.

Jackie sends Billy to boxing lessons and in the same building, ballet classes are held under the direction of the world weary and witty, always smoking Mrs. Wilkinson (Janet Dickinson), who suffers through the squealing girls in each class.

Without meaning to, Billy gets caught up in a class and soon enough, he is taking lessons and turning out to be quite good. Mrs. Wilkinson thinks he might be accepted to the Royal Ballet School.

Billy discovers that dance lets him express his emotions and escape from the world.

The strike gets uglier and violent. I like how the show energetically interweaves the strikers and police confrontations with the ballet school. Kudos to Pelty, who also choreographed.

The show has a number of intricate dance numbers that are beautifully executed by the cast.

And it’s a wonderful cast, from Patti Mariano, who plays Billy’s semi-senile grandmother, to

Mariano has a terrific number, “Grandma’s Song,” about her difficult relationship with her dead husband, which does a good job defining how harsh life is in this coal mining town.

Danny Rutigliano is funny as George, who brings humor to that harshness, and Brian Padgett steals the show as Braithwaite, who is Mrs. Wilkinson’s accompanist during dance classes.

I won’t spoil the surprise of his performance. Suffice it to say, he’s amazing.

Johnny Marx is a hoot as Billy’s friend Michael, who, it turns out, like to dress in his sister’s clothes.

Some members of the ensemble shined brightly, including Joseph Torello, who plays Big Davey, one of the miners, and Katie Sina, who is billed as Billy’s Dead Mum.

And Braeden Barnes is magnificent as Older Billy in a stunning ballet scene with Mann.

The music is strong under the direction of Patrick Fanning. Elton John gives a nice pop sensibility to the show and several of the numbers, including “Solidarity” and “Once We Were Kings,” are quite powerful.

“Billy Elliot” is a richly poignant and fun show and this Fulton production captures its spirit quite well.