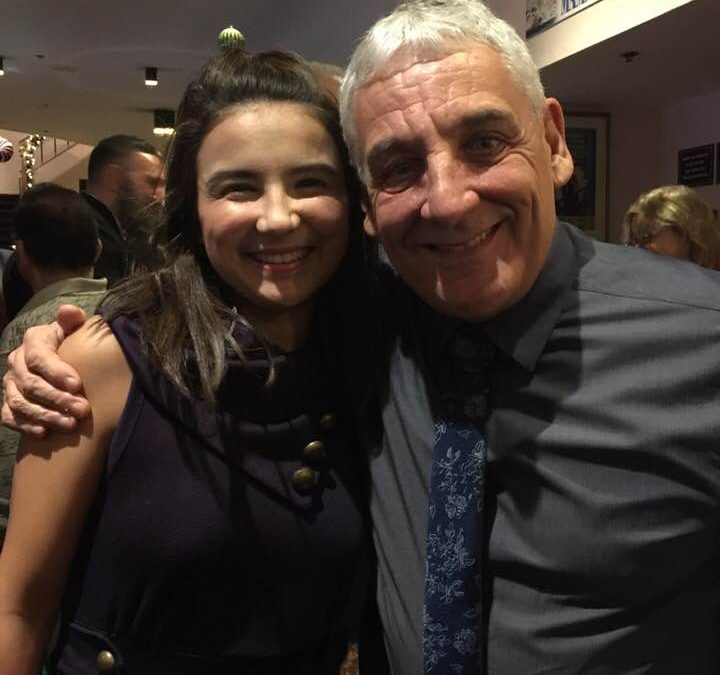 At the official opening of Annie on November 15, Portia poses with Director Glenn Casale, whose credits include:

Portia is on the “Green” team, which performs twice on Saturday and twice on Sunday during the run and has a few Thursday matinees.

Read about Annie at the Walnut Street Theatre